I forgot to mention this – back in October, just before the World Series, I finally broke down and got an HDTV – which would eventually result in the shutdown of my little DirecTV TiVo network, but moving me in to the wonderful world of High Definition.

I had thus far stayed away from HD because 1) I didn’t see a need – I had a 32″ behemoth Toshiba CRT and a big entertainment center that wouldn’t take a big flat panel, and I had DirecTV – which to get HD I’d probably have to cut down another tree to get the line to the satellites. Plus, I had three hacked DirecTV TiVos which gave me all the features I wanted.

But DirecTV prices were going up and quality going down. They were compressing signals pretty badly to squeeze more in (because we all want more shopping channels apparently), and even their HD has been termed HD Lite, where they recompress the signal – not only in to MPEG4, which wouldn’t be so bad but none of my equipment supports, but also changing the horizontal resolution, which they claimed to be the same quality. Other than the work I put in to my TiVos, I wasn’t married to them.

So, Verizon’s FiOS TV service was available in my area for about a year. I already was an early adopter of the Internet service, but I didn’t jump at the TV since I didn’t have an HDTV to take advantage of it – but the price was definitely cheaper. So I worked some numbers, and for $6 LESS a month than what I paid DirecTV, I could get FiOS TV (which includes all HD channels they carry – not extra like with others), 4 cable cards (needed if I wanted to get two of the new TiVo HD units), and a standalone set top box. And that was before any bundle discounts that I didn’t know about! I already got phone and Internet – this would end up with HUGE savings! And lets just say my other alternative, Comcast, wasn’t even in the parking lot, never mind the ballpark.

Another factor – I had an old Series 1 TiVo that was on loan to my sister. It had lifetime service on it, so I didn’t have to pay any monthly fees, which TiVo didn’t offer any more. Well, they were offering a $199 transfer fee for moving the lifetime to a new TiVo HD…a price I’d recoup after just two years. Plus, a free year of service on my old unit, AND I could get another Tivo HD on a multi-unit discount for something like $6.95 a month. Honest-to-god, authentic TiVos with multi-room viewing and no hacks.

So, I started to pull the trigger. First, the TV and a new stand. I got the stand at Best Buy, but opted for a 47″ Toshiba 1080p LCD at Costco. Now, I wouldn’t be able to get Verizon hooked up before the World Series, and the Red Sox were playing, so I also picked up a Terk indoor directional antenna – it looked like ray gun from a 50’s SF show. Since it was temporary, I had it set up on a chair pointing in the relative direction of Boston. I’d REALLY need a directional roof antenna from where I live, but WFXT, which was showing the games, came in fine, at least if I didn’t walk in front of the antenna. Other stations would break up periodically. Good enough.

Now, walking around the TVs at your local BigBoxMart store and looking really doesn’t give you the full HD “picture”. They seem to use poor sources split too many times. That is, unless you go look at the super-duper sets in the special rooms. But even then, the ONLY way you are going to tell the difference would be with an analog set side-by-side with the same program (but via an SD source – even an HD source downconverted would look better than an SD source). But it looked decent in the store, and I knew with a proper source it should look better. Eventually, I’d get a Blu-Ray or HD-DVD as well to take advantage of the full 1080p resolution.

How could I tell when I got this home what the difference was like? I could see the grass on the field! I’m not talking about seeing the splotchy green areas – I mean, the blades of grass! I could see waves of water, instead of horizontal black and blue bars! I’d forgotten what a good signal looks like! Thanks, DirecTV! You’ve helped me appreciate HDTV more – and I don’t mean that in a kind way!

I also picked up a cheap 1080p upconvert Toshiba DVD player to use in place of my Playstation 2. I wasn’t ready to pick sides in the HD Format War yet, and I was already dropping a lot of money. Give me some time to recover, and Christmas was coming up. We threw in Lord of the Rings: The Return of the King in the upconvert player – boy, what a difference!

I ordered two of the TiVo HDs (although only one would be hooked up to an HDTV for now), and when Verizon came we got it all set up with little problem. We reused the existing wiring (which allowed me to keep the DirecTV TiVos working in tandem for a while, since the new ones only needed one cable) – including an old RG59 running the length of the house to the bedroom. Since the FiOS signal is literally “hot”, with a few adjustments we were able to get the full signal to the bedroom without issue. The cablecard setup went without a hitch, although it was slow going. I did have to buy some attenuators and hook them up to the other Tivo HD (with the actual HDTV hookup) to “tone down” the signal level, as I was getting some breakup on a few of the higher HD channels. -6Db made a huge difference there.

One thing he had to do was because the regular Verizon set-top box needed to get Internet service via the cable (what’s called MoCA), the installer had to put in a Verizon ActionTec router between by own router and the Internet. I could probably just use the ActionTec, but I’ve got a Linksys running DD-WRT as my main gateway, and it works well with the wireless bridges which give service to the TiVos and Playstations, so I didn’t want to muck that up. It actually works fine.

So now I have all my locals in HD, a bunch of nationals (which are expanding this year to catch up with other providers), real TiVos, and for Christmas I chose sides and went with Blu-Ray via a Playstation 3 (which ironically was the cheapest Blu-Ray player). Fortunate since the War may be ending soon.

The only thing I really miss? TiVoWebPlus, which allowed me to access my DirecTV TiVos remotely to schedule, search, and even delete programs. It allowed me to clean up my TiVos easily. The new ones allow me to see what is on them, and even download the programs from them (for use with TiVoDesktop), but that’s it.

The new TiVo HD units also have a few quirks to be worked out in the software. They seem far more aggressive with Suggestions, and I have to reboot the one with the HDTV hookup periodically to clear up some stuttering when watching an HD program. 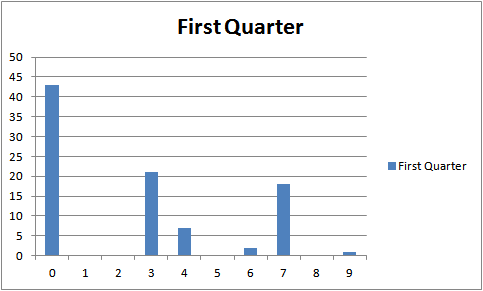 I’m taking part in a Super Bowl square for charity this year, and a number of people not familiar with these squares […]

Well, despite my aborted attempt to upgrade my hardware, I went ahead and installed Windows XP Home on the system anyways since […]

I’ve dropped by the local CompUSA several times since it was announced that they were sold to a liquidating company, figuring I’d […]

So, I was going to upgrade my casual/gaming system, because the PIII motherboard was never all that stable. So I ordered a […]